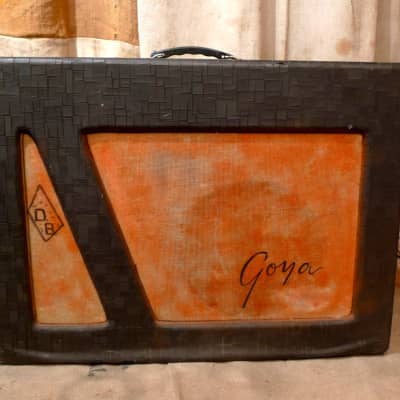 This is a rare and unusual amp that is a bit of a mystery. It can be seen in the 1959 Goya/Hagstrom catalog alongside the sparkle hagstrom guitars made at that time. This doesn't appear to have been made in Sweden with the guitars however. It looks similar to Valco amps of the period but it's not Valco. It says "Hershman New York" on the control panel, but according to google maps there is no ... read more
Price: $1650.00