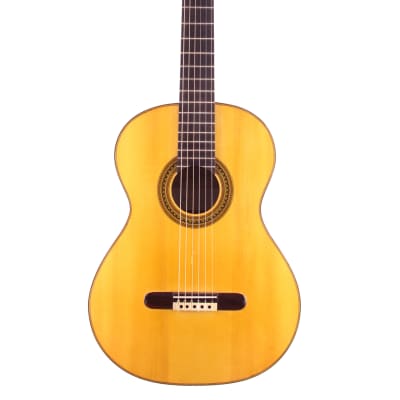 Arturo Sanzano began his career as a guitar builder in 1963 as an apprentice in the shop of José Ramirez III, where he worked until 1984, when he became self-employed and opened a new studio with Mariano Tezanos Castro ("Moreno y Castro"). Together they built guitars for some years.