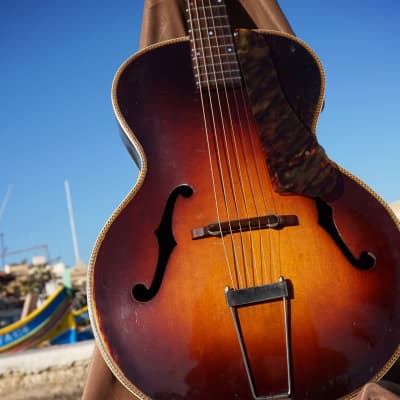 During the 1920s and early 1930s Gretsch-made guitars were sold under the Rex and 20th Century names. After that Rex guitars were made by Kay and Harmony and distributed by Gretsch.
This one here is a Rex Aragon archtop guitar made by Harmony in the 1930s and it was sold by Gretsch dealers before WWII. This particular Rex is in outstanding condition for its time making it is a real specimen... read more
Price: $1177.09 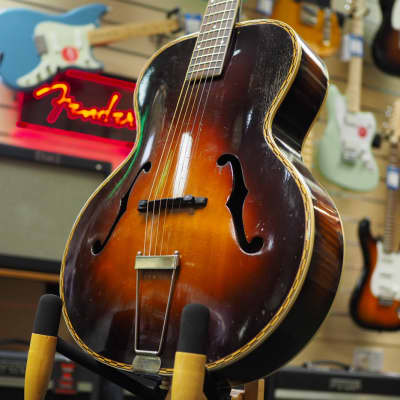